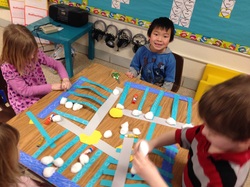 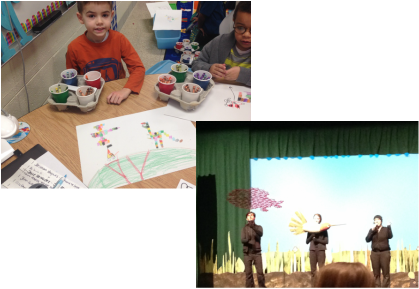 
Kindergarten went on a special field trip in the month of March. We went to see a play based on the marvelous books of Leo Lionni. We saw the stories of Frederick, Swimmy, and Inch by Inch. After the performance the actors shared their secrets with us as we got to ask them questions about the performance! When we returned to the classroom we read another story called Pezzitino then we made a fun art project based on the book! 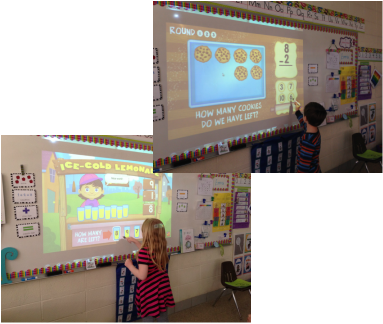 
The students had been working hard on number operations as they learned to add numbers together. In the month of March the students put their skills to the test as they learned how to subtract numbers! To further explore this concept, we played a fun and interactive game on the Mimio board. The students had to listen to the equation, count how many objects were left (in this case lemonade glasses or cookies) and then solve the equation by finding the sum! 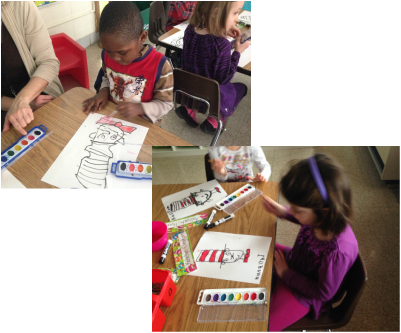 
March 2nd was Dr. Seuss' birthday! The Kindergarten class read many books written and illustrated by this world famous author! After reading The Cat in the Hat, the students used dry erase markers to draw the outline of the main character. We followed step by step directions to draw his head, hat, eyes, nose, mouth, and whiskers. Then we added a bow tie and stripes to his hat. After we drew our outline, we got out our water color paints to fill in the red stripes on his hat and color in his bowtie!